Growth in low and no-alcohol demand 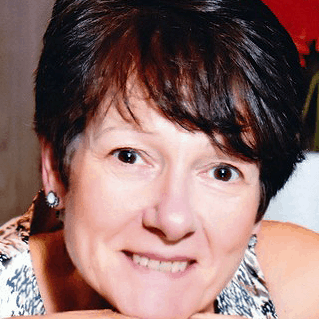 Demand for low and no alcohol drinks is increasing as more people make the choice to cut their booze intake.

While supermarkets have seen a big rise in wine, beer and spirits sales during the Covid-19 pandemic and medics predict alcohol-related illness will soar, the alcohol-free sector has continued to grow.

Producers seeing the trend of shoppers being mindful about their health are recognising they need to meet consumer needs and this has led to more non-alcoholic products.

A survey by researchers at YouGov found that most people have been drinking the same or more since the pandemic began despite pubs and restaurants being closed.

However, their report showed that 16 per cent of people in Britain have been drinking less or not at all during this time.

Supermarkets saw a rise in sales from the booze aisle as customers reached for the bottle but have also seen an increase in customer demand for alcohol-free alternatives suggesting a growing desire for a healthy lifestyle.

Researchers at Nielsen say alcohol-free beer sales were up 31 per cent, while no and low-alcoholic spirit sales increased by 15 per cent , ciders by 15 per cent and wine rose by 1 per cent in the weeks leading up to lockdown.

Their data also showed that market trends indicated continued growth between March and April 2020 with sales in the category rising at a rate of 14.8 per cent.

The British Beer and Pub Association (BBPA) agrees there has been a ‘boom’ in customers choosing not to avoid alcohol and businesses need to offer the option of non-alcoholic beers, wines and spirits.

BBPA chief executive Emma McClarkin said: “The boom in the popularity of low-and-no beer is very encouraging and clearly providing people with a good alternative to an alcoholic pint in the pub during this period of lockdown.”

Figures released by the charity Alcohol Change UK – that aims to reduce the harmful impact of alcohol – show that 35 per cent of adult drinkers have reduced their level of alcohol consumption or completely stopped.

Their survey suggests the pandemic is changing people’s drinking behaviour with 6 per cent of those quizzed abstaining from alcohol altogether during lockdown.

Producers are looking at how venue operators can tap into the rich seam of drinkers seeking a non-alcoholic version of their favourite tipple now that the on-trade is starting to reopen.

Operators are being advised to make sure they are stocking low-and-no options and providing an alcohol-free version of key drinks and capitalise on the growth of this category rather than relying on soft drinks.

According to statistics published in the Morning Advertiser low and no sales have seen a 37 per cent year-on-year increase through the off-trade in recent weeks, suggesting consumers have been increasingly seeking low and no alcohol options.

Prior to the Covid-19 pandemic, 67% of GB consumers stated they were trying to lead healthier lives.

With growing insight into the links between alcohol and mental health, many people are following advice to stay in control and avoid meltdown while they are unable to meet with family and friends.

According to the website of the spirits industry thespiritsbusiness.com even big brand liquor producers are caving in to calls for no and low alcohol products from alcohol drinkers.

According to research by the International Wine and Spirits Record (IWSR), mindful drinking is catching on around the globe among customers trying to reduce their alcohol intake but not going teetotal.

The IWSR say retail sales of the no and low-alcohol ‘spirits’ category in Western Europe was US$100m in 2020 and with strategic insights within the industry is expected to reach US$500 million over the next four years.

Figures suggest there has been a 30 per cent year-on-year increase in Google searches for non-alcoholic drinks in the UK as consumers seek out alcohol-free options.

According to research by Nielsen for The Times newspaper alcohol-free beer is the fastest-growing drinks trend, followed by the alcohol-free spirit category and non-alcoholic wine. Last summer, non-alcoholic beer sales were up by 58 per cent.

Business leaders say the trend is not so much about abstinence as moderation.

According to statistics, 6m consumers have tried non-alcoholic beer, with a further 5m expressing an interest in it and similar numbers interested in alcohol-free spirits although fewer had tried these.

Although some people considered non-alcoholic alternatives to be expensive in comparison to alcohol or traditional soft drinks, price was not an issue for many.

Consumers were concerned about taste and welcomed the growing variety of non alcoholic spirits and craft beers which have been possible through the development of new technologies and techniques.

Why not try these popular alcohol-free drinks?

What is the quickest way to sober up?

How to cook without alcohol

Experts warn of an alcohol health crisis ahead

Create an Account
We use cookies to ensure that we give you the best experience on our website. If you continue to use this site we will assume that you are happy with it.OkPrivacy policy