Raise a glass to absent friends? 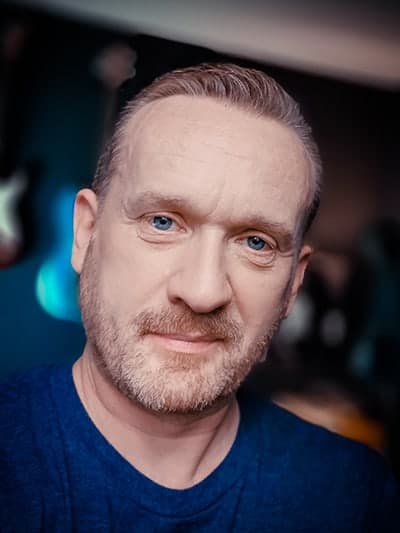 There’s nothing like death to ruin a good day. And this was a pretty great day.

I was working in the mountains of Malaga on a beautiful, hot, summer afternoon.

Alternating between the relatively cool workshop to drill or cut metal, and the warmth of the shaded veranda where I was assembling my project and, perhaps more often, puzzling over the next ‘design’ decision.

My peace was shattered by a Facebook notification on my phone. It was a message from a friend who I’ll just call B.

I’d known B online for a few years. I knew he had problems with alcohol. When we first met he was sober and had some exciting plans. He appeared to have some great parts to his life, coupled with the problems that alcoholism brings — but he seemed determined to sort things out.

Being perfectly honest, sometimes he would annoy me in that way alcoholics and other people with a passion can annoy others. The ‘this is so important to me so you must find it important too, so do what I want you to do now’ attitude.

I know it well. I do the same to others. I try not to but … well, it’s important to me and surely you can just do it now?..

So for a while he’d annoy me and I’d ignore some of his emails and hope he’d go away. But over time I grew to like him.

Then some time in the last year — I forget now if it was late last year or earlier this year — he randomly called the shop and asked to speak to me. I rarely take unsolicited calls and at first I think I told my colleague to ask him to email. But then I thought — what harm can it do, just speak to him. And I was glad I did.

I’d known him for a number of years by this point, but only online. This was to be our first, and last, ‘real’ interacton.

He called on the pretence of something else but it was clear he needed to talk and the conversation quickly moved to that subject.

So we talked. And for quite a while.

He was drinking again and he wasn’t well.

He knew what he was doing. He knew the dangers and the risks but he had fallen back with an old crowd of pub friends due — if I remember correctly — to the breakup of a relationship and a move back to an old area.

When your social circle is fellow alcoholics in the pub, you tend to drink.

I was left with the strong impression he would get himself sober again. I made it clear I was always available for him to talk if he needed to.

Some alcoholics fall off the wagon and then get back on again. B was an intelligent man. He knew the science and the theories and the realities… He’ll get sober again soon, I was sure of it.

But, in the hands, mind and body of an alcoholic, alcohol doesn’t care about any of that.

Obviously, the Facebook message wasn’t from B. It was a relative using his account to tell friends he had died, and giving a number to call for more information.

I hesitated to ask the question, but when I spoke to his sister-in-law she confirmed it was a drink-related death. He’d fallen down the stairs. She said she thought others may have survived and recovered, but he was too weak.

It’s often the case that families, friends and even coroners, play down the role of alcohol in someone’s death. I can understand friends and families doing it, but for too long coroners have only looked at the final cause of death and ignored the underlying problem that contributed or even directly caused the ‘cause’ of death.

It’s only recently the system is starting to take a more holistic approach and to acknowledge the role alcohol plays in many deaths.

I was relieved that she was open about his problems, and pleased she confirmed he was a lovely man, albeit — like all of us — flawed. He was lucky to have such understanding and loving relatives.

I went though my usual cycle of emotions on hearing such news. Sadness. Anger. Despair. Gratitude.

But the reality is B is dead. Yet another person to add the list of people taken too soon.

When I had the long telephone call with him, it was clear he knew he had to stop. He knew how bad things were. He had plans and ambitions. He just needed to get himself sober and out of his current situation.

I ended that call feeling happier for knowing him and hopeful for his recovery, but also saddened by his situation, and even more grateful for my 13 years sobriety.

I ended the call with his sister-in-law feeling many of the same emotions, except the hope was gone and replaced with anger of yet another wasted life.

So, what’s the solution?

I’ll be damned if I know.

Prohibition? Not for me. Without even getting into the personal liberty issue, it hasn’t worked before and it’s unlikely to ever work. The illegal status of other drugs has never stopped them being used.

Education? For some maybe it will help, but B certainly didn’t need that.

Price? Again, for some — especially kids — it may help reduce consumption. But I don’t believe that would have helped B. He could have afforded it any price I think.

Marketing and sponsorship? Certainly there are things that can be done here to help prevent people drinking too much too soon in their lives, but it’s not a cure-all.

Good alternative adult drinks? Sure. That’s my business and my passion. And I know they help many people stay sober, but B knew about them and had drank them in the past. Good-tasting non-alcoholic alternatives alone are not a cure-all either.

I honestly don’t have an answer, and I don’t think anyone does.

And that is the truly upsetting thing about all this.

Founder and co-owner of The Alcohol-Free Shop. John is a recovering alcoholic who stopped drinking in June 2004. Born and raised in Manchester, he now lives in Malaga with his wife and young daughter. He came to terms with being an alcoholic many years ago, but still finds the concept his daughter is Spanish very strange.

One thought on “Raise a glass to absent friends?”

What is meant by Alcohol-Free?

How to cook without alcohol

Welcome to The Alcohol-Free Community

What’s one thing you’re proud of since you’ve been sober?