Lagers have been the mainstay of the alcohol-free beers for decades. Now the enduring classics such as Clausthaler and Super Bock have been joined by some fantastic new lagers from British brewers as well as gluten-free from Spain, while many 0.5% lagers have now made way for more 0.0% options that don't skimp on taste. 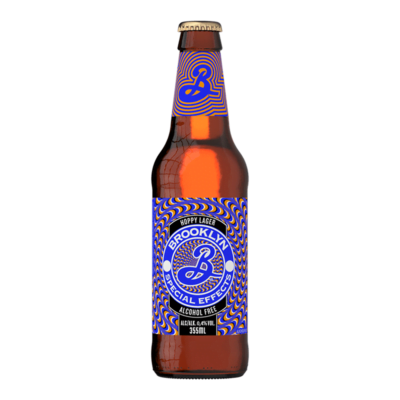 £11.29 – £42.99 Brooklyn Special Effects tastes just like a regular beer, but therein lies the special effect: it’s not. The brewers use a special fermentation method that develops the flavours, aromas & character of beer with none of the alcohol, and a...
View product 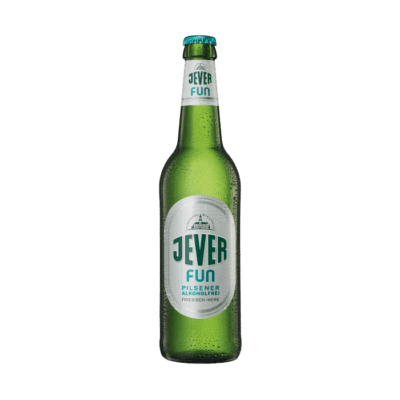 £7.89 – £29.99 This is a perfect Belgian pilsner with great crisp, clean flavour and only 13 calories in 100ml.It's brewed in exactly the same was as the alcoholic Jever, but once the full flavours and aromas are developed, the alcohol's taken out.Jever...
View product 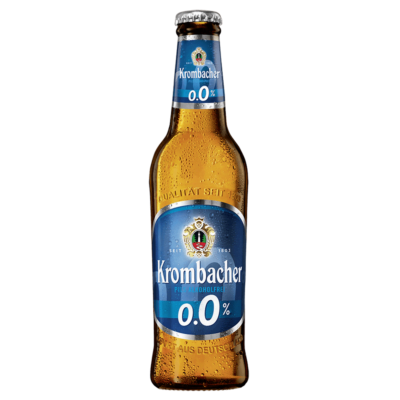 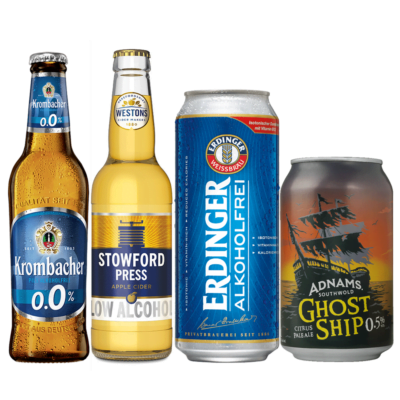 £35.99 There are lots of alcohol-free drinks to choose from but the four pillars of our range are lagers, ales, cider, and wheat beers.You don't know what you like until you've tried it.So we've put together this combination of four...
Read more
View product 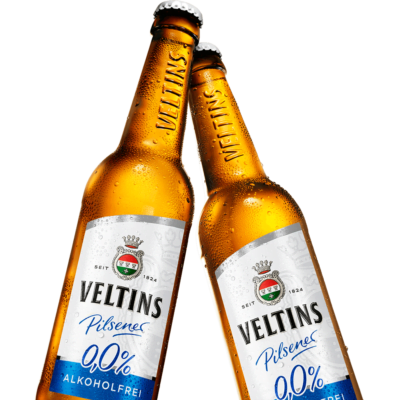 £7.99 – £28.99 The new Veltins alcohol-free Pilsener delights with 100% taste and 0.0% alcohol. The beery, bitter and pleasant tangy impression refreshes and invigorates. The body of the beer is slender and convincing with true elegance, while a slight bitter...
View product
Sold out 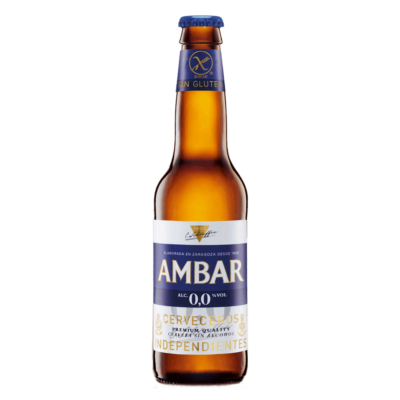 £8.99 – £32.99 Ambar launched the first alcohol-free beer in Spain in 1976 and spent years perfecting it.In 2011, they set themselves a challenge so that gluten-free drinkers could also enjoy an alcohol-free beer, and that is how this beer came about. The...
View product
Sold out 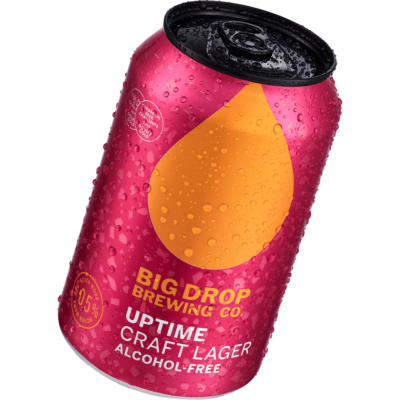 £9.99 – £37.99 Previously known as Uptown Craft Lager, this beer has had a name change to Uptime Craft Lager. It's still that delicious, easy drinking, full-flavoured but elegant lager and, with less than 10pp of gluten, it qualifies as a gluten-free lager...
View product
Sold out 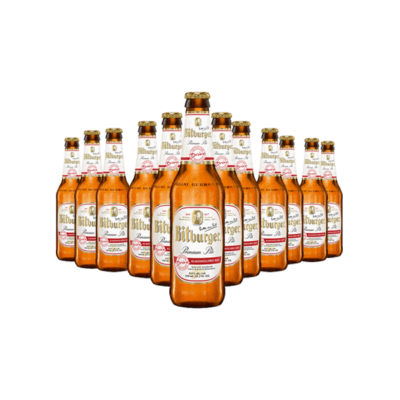 £7.99 – £29.99 Bitburger Drive is among the world's longest established non-alcoholic beers, produced in the traditional way taking heed of the strict German purity laws.The world-famous brewery has combined the traditional brewer’s craft and...
View product
Sold out 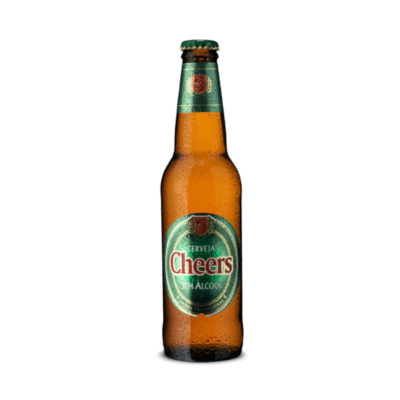 £7.69 – £29.99 Cheers Branca is a strong-coloured beer, with a large, persistent and white head and a rich and intense cereal flavour.
View product
Sold out 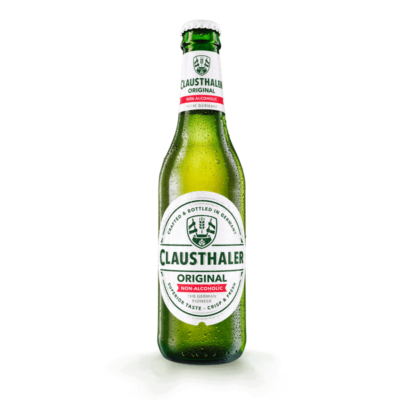 £7.29 – £27.99 Clausthaler has been the gold standard in the non-alcoholic beer segment since its market launch in 1979. With a unique brewing technique, they still ensure the highest enjoyment with this classic beer in accordance with the German purity law....
View product
Sold out 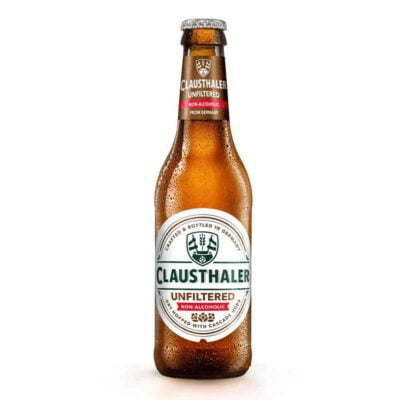 £8.09 – £29.99 Clausthaler presents yet another non-alcoholic beer innovation: Clausthaler Unfiltered. The pioneer’s latest innovation combines the craft beer technique of dry- hopping, where a special kind of savoury hops is added to the brew after...
View product
Sold out 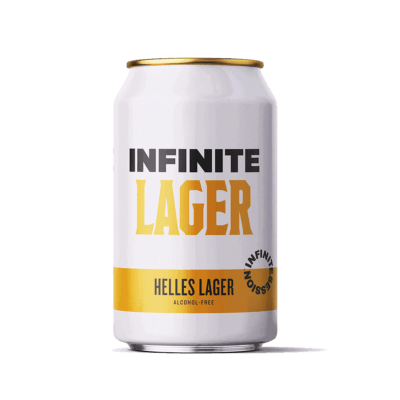 £10.29 – £38.99 Infinite Session Lager was originally branded as Infinite Session Pils.The brewers have just relaunched this beer with a new name but this pilsner style lager is still made from the original recipe and with the same great taste.It's a...
View product
Sold out 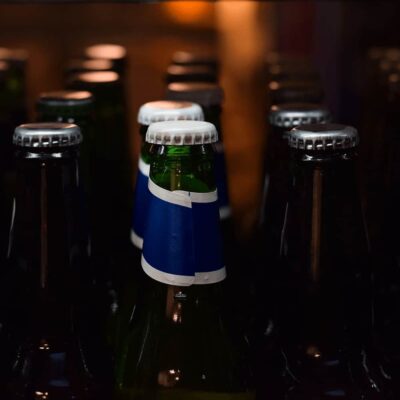 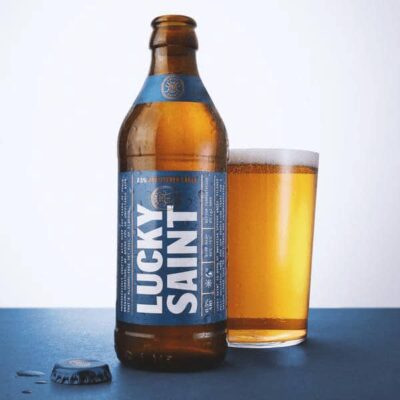 £12.49 – £45.99 Lucky Saint is an unfiltered 0.5% lager, progressively crafted with over 400 years of proud German brewing heritage. The beer is left unfiltered for maximum flavour, even without the alcohol.
View product
Sold out 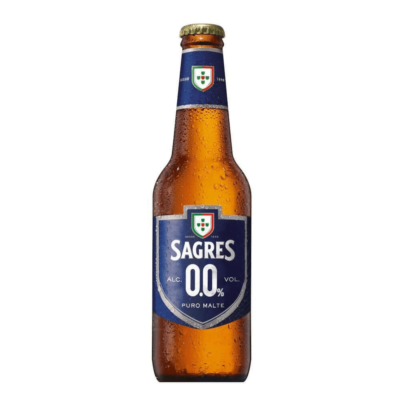 £7.99 – £29.99 The 0.0% version of Sagres is the alcohol-free version of the popular Portuguese beer. Perfect for relaxing by the pool - or the tv!
View product
Sold out 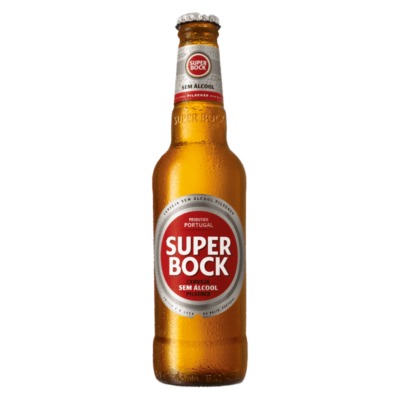 £7.69 – £29.99 All the pleasure of drinking an exceptional beer, without restrictions. The Super Bock Alcohol Free is made from a unique and exclusive de-alcoholisation process that preserves the genuine flavour of an authentic beer.
View product

If you like lager then you’re spoilt for choice.

Lagers were the first alcohol-free beers to be produced in the UK and they go back to the 1970s.

They were one of the easiest non-alcoholic drinks to make but back in the day they were low on flavour and were seldom taken seriously by the drinks industry.

While Britain’s sober minority and the unlucky drivers were miserably sipping the bland and slightly metallic tasting lager, in continental Europe, where lagers first became popular, brewers were already working on refining the craft of creating a booze free version of the popular pilsner.

During the ensuing decades the take up remained slow in the UK but other countries, such as Germany and Spain, were continuing to produce superior alternatives as social attitudes hardened against drink-driving and liquid-lunch lifestyles.

When we launched in 2006 as the uk’s first online specialists in alcohol-free alternatives we introduced a bevy of bevvies from across Europe. 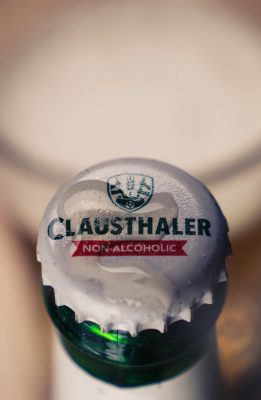 It’s only in the last five years as researchers uncovered a growing trend towards sobriety that brewers sat up to take notice.

Now there is a vast range of lagers to choose from for those who don’t want a fuzzy head or midriff bulge.

There are some excellent craft lagers now produced by British brewers such as Infinite Session, Big Drop and Lucky Saint. These add to the mouth-watering range of established drinks including the popular Portuguese beers Cheers, Super Bock and Sagres, a range of classic German beers such as Clausthaler, Krombacher and Veltins and the Belgian Pilsner Jever.

A cool lager that’s free from alcohol is ideal to refresh and rehydrate after a workout, when you’ve built up a thirst doing manual work, while enjoying outdoor activities or while relaxing with friends.

If you’re not sure which beers to try first, why not give our mixed case Lager than Life a try and sample a wide range of different tastes.